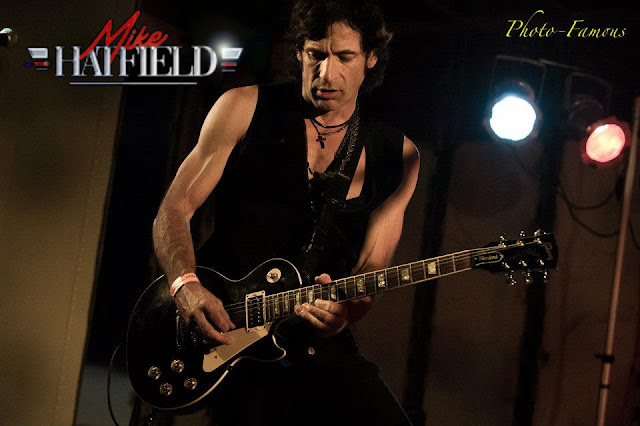 Produced and mixed by David Prater. Whose credits as producer and engineer include, Dream Theater, Firehouse, Night Ranger... Just to name a few of his many endeavors.

It's filled with straight ahead guitar riffs, piano licks. street wise lyrics and vocals and female background singers that add up to a classic rock sound.

The Title track and "California" prominently feature the ladies on backup vocals. While "Bleed" and "You Don't Know" are searing guitar riffs with a "burn the house down" organ solo on "You Don't Know"

As a debut performance "Rock n Roll Show" has got the hooks and the energy to Rock Your World !!!

After banging thru the mid-west in pursuit of the perfect rock sound, American guitarist/vocalist Mike Hatfield is ramping up for the 2020 Summer Release of his Debut EP: “If You Wanna Rock n Roll…”. I had the opportunity to sit down with Mike before he headed out west to attend the 2020 Winter NAMM Show (National Association Of Music Merchants) in Anaheim California and we discussed his efforts and approach to this ever changing music market and “Do It Yourself” (DIY) age.

DW – Greetings Mike, You seem very clear on your priorities and what you want this next chapter of your life to look like, so what are the changes to come?
MH – At this moment, I am on the hunt for the perfect creating environment and it all starts with temperature. I spent too many bone crunching winters in Michigan and I want this whole new effort to be part of that creativity as well. Once I find a warmer location, I’ll finish preparing for the debut release and assemble the “Rock n Roll Show” Live band. I just need some warm weather and a great vibe to create more music, I love Michigan, but this is a new chapter, I do like California and the warm weather of Florida and Texas…

DW – Why is your main focus on your guitar sound?
MH – I feel like the integrity of Rock and Roll is at stake. It’s about time that someone put there foot down and played some guitar riffed rock and roll again. I mean, let’s put it back on the map. We should never loose site that some good O’l Rock n Roll riffs will always cut thru all of the senseless noise out there.

DW – Can you describe the guitar sound that you are looking for?
MH – We’ll it’s a Chuck Berry, Keith Richards sound with a little more distortion, it’s Bluesy, It’s Riffy… I’m not trying to reinvent the wheel, it’s all been done before. It’s just repackaged and you have to nail it with the right feel and attitude… You know it when you get it and I’m just trying to fit my slice into the musical pie!

DW – When did you get the music bug?
MH – I’ve always had it. I can’t remember when I could walk into a room and keep my hands off any instruments that might be laying around. Always coming up with melodies on old pianos and organs that a lot of people have sitting around collecting dust. I’ve written many a tune/song on beat up out of tune piano’s! Lol… But when I came across the guitar, all other ambitions fell to the wayside. Head over heels in love! Really had no choice after that, I couldn’t help myself.

DW – Who were some of your musical influences?
MH – My first influences were any kid in the neighborhood who would show me the guitar riffs he knew. I spent a lot of time walking with a guitar from one house to the next looking to learn another chord or song. I had blisters on my fingertips and feet and it was all worth it, cause I learned how to play!

DW – What was it like growing up in Michigan?
MH – Due to my father’s enlistment in the Unites States Army, I grew up as they say, a “Military Brat”. We travelled a lot and lived all over the United States. Two of my brothers were born in Italy and I’m a Georgia peach myself. Always the new kid in school and hated it back then. I actually appreciate it now days. Regardless, Michigan became home where the winters can be brutal, but it has the best summertime of any place. The “Great Lake Michigan” is very similar to the ocean, with nothing but endless water over the horizon and beautiful white sand beaches.

DW – What are your future plans for your music?
MH – As you know there are a lot of components needed when assembling a musical product. The first and most important piece is the song and that’s the ticket! But the branding and marketing are essential, since there is so much clutter online. The media team and myself are working on that at the moment. I’m planning the release of “Rock n Roll Show” in February 2020. This is an excellent track to set the pace of what’s to come and it will also serve as a little sneak peak as to what’s in store for this summer’s Debut EP Release of “If You Wanna Rock n Roll…”.

DW – What model guitars and amplification do you play?
MH – Les Paul Guitars and Marshall Amps are the coolest of all the combo’s, a real monster tone and drive, really over the top if you want and cleans up well for any occasion. But my Fender – Stratocasters and Telecasters are a big part of my sound also and are used a lot when I’m recording. A brighter sound that really cuts thru when needed.

I had a great visit with Mike Hatfield. Please remember to pick up his Digital Download Single of “Rock n Roll Show” this February and his Debut EP Release of: “If You Wanna Rock n Roll…”  this summer! Available online and at most digital outlets and streaming services.

Posted by Kenneth Howard Smith at 11:09 AM No comments: 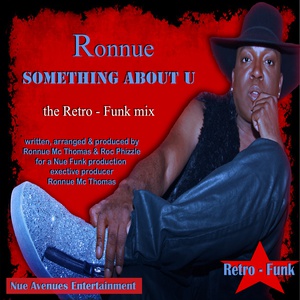 
Seattle’s own Ronnue took the Indie Charts by storm last year, topping several in the U.S. and around the world. Becoming the critics’ darling he was awarded Indie Album of the year for his debut “Introduction 2 Retro-Funk" out of 3000 other albums.

He isn’t interested in following current music trends but combines his influences from yesterday to create his own brand of Retro-Funk.

As we experience dreadful times due to the pandemic instead of singing about negativity he chooses to sing about LOVE!


Posted by Kenneth Howard Smith at 1:51 PM No comments: 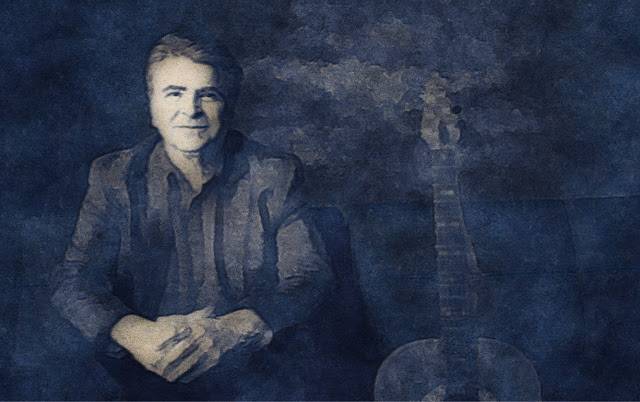 Bill March is from Cleveland, OH.  In a career spanning over three decades. Bill has played solo and with a countless number of bands, including Cleveland-area recording artists such as Jonah Koslen (Michael Stanley Band, Breathless), Wally Bryson (Raspberries), and was also a founding member of Beau Coup. Bill writes and plays music with a strong "pop" sensibility, with an emphasis on vocals.

Posted by Kenneth Howard Smith at 8:09 PM No comments:

Lizzo’s - Cuz I Love You

Reply all
Posted by Kenneth Howard Smith at 6:40 PM No comments: 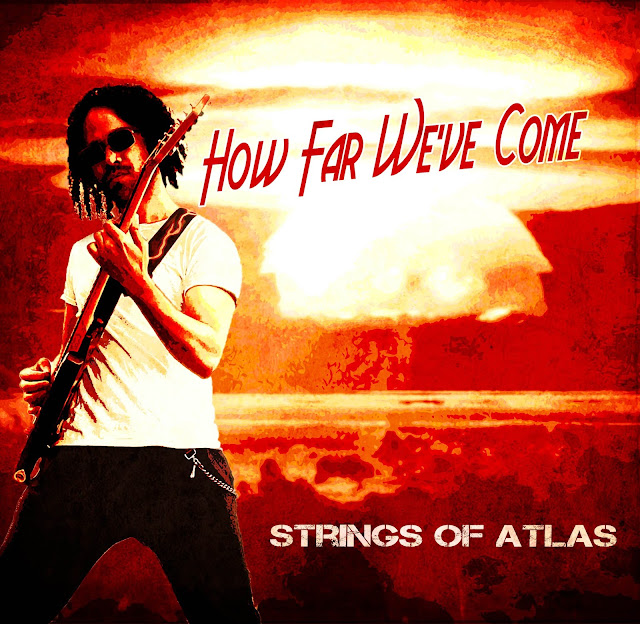 Atlas Cage was born during the setting sun of a Friday night, one month after the Chernobyl incident, in an East German town that was still being covered by the ash that drifted in from the skies like dirty snowflakes. It seems only fitting that years later he would adopt a form of the radiation symbol as the marker for the Urban Hard Rock band known as “Strings of Atlas”.

Part beat poet, part rock-n-rolla and a full time wandering soul, Strings of Atlas has been on the underground scene since late 2006. With several self released albums (including the most recent success “In A Better World”), an independent film score, three short films, appearances on  Ninja Warrior and an amazing head of hair, he has managed to climb indie charts from Florida to Texas, garner some FM radio play, find inclusion in numerous podcasts and blogs and tour the west coast in his 1974 Chevy Nova.

The first big break for SOA was with the album “Atomic Girls” which made its way on to iTunes, Rhapsody and several other major platforms. He is also the host of the vlog “Strings Of Atlas TV” on youtube.

In 2019, there were two very significant events in Cage’s career: One was that he began his wrestling run with the indie pro wrestling federation known as PWR (Party World Rasslin’) in Austin Texas.  The second was that he founded the indie record label and new home to Strings of Atlas, Sky Titian Media. Sky Titans mission looks beyond the conventions of the genre, striving to develop artists who feel a deeper connection to people. It was established to act as an independent media incubator, active in the landscape of music, culture, film and technology and cultivate creativity through connection, both with other artists and the community who supports it.

For a behind the scenes look at life as it happens outside of the tours and studios, be sure to check out the “Strings Of Atlas TV” vlog, at youtube.com/skytitanmedia.

Strings Of Atlas is an American music project, started in 2006 and consisting mainly of multi-instrumentalist and producer Atlas Cage. Cage has been joined by such great musicians as Ed Chavez (Bassplayer for Archetyped/Phoenix Recoil), Albert Diaz, Jake Stuble and more.  The band defines their music as hard rock with a bit of psych punk rock and blues. Influences include Clutch, Monster Magnet, Audioslave and Royal Blood.

Sky Titan Media Follows International Success With New Single Release From Strings Of Atlas
The Austin-based company’s founder, Atlas Cage is producer, writer, guitarist, and vocalist for the indie rock outfit. “How Far We Come” is out Friday the 13th.

AUSTIN, TX, USA, March 2020 — Friday the 13th is notoriously recognized as a day of “bad luck” and “strange happenings.” For Sky Titan Media founder, Atlas Cage, Friday, the 13th of March, 2020 is just the opposite! The Austin-based musician, producer, songwriter and frontman for Strings Of Atlas takes over the spotlight for the release of new single, “How Far We’ve Come" which passed 1,000 Streams in its first 24hours! It is the title track from Strings Of Atlas’ fifth album release, out on April 10th.  https://spoti.fi/38VteaU

“Strings Of Atlas is a long time running rock and roll project,” explains Cage. “This particular EP, How Far We’ve Come is a look back on all of the things we have accomplished, both in life and in music, and acknowledging the work it took to get here. There is also a music video in the works, starring Texas theatrical actor Adam Rodriguez, that I am very excited about. We leaked a sneak peek at it in one of our vlogs (sky titan media on youtube) so definitely check that out if you can.” https://youtube.com/skytitanmedia

Atlas Cage and Sky Titan Media recently celebrated the release of Chords Of Eve’s debut single, “Brightside.” The track reached #2 on the South African iTunes Pop charts, behind only Lady Gaga. COE will be releasing their 2nd single on March 27th.

ABOUT STRINGS OF ATLAS: Strings Of Atlas is an American music project, started in 2006 by Atlas Cage. Cage has been joined by musicians Ed Chavez (Bassplayer for Archetyped/Phoenix Recoil), Albert Diaz, Jake Stuble and more. The band defines their music as hard rock with a bit of psych-punk rock and blues. Influences include Clutch, Monster Magnet, Red Fang and Royal Blood.

ABOUT SKY TITAN MEDIA: Founded in 2019, Sky Titan Media was established to do two things: provide founder Atlas Cage with a way to house all of his creative outlets under one roof and to create a place in which other artists/creators could meet and collaborate in music, film and other mediums of art. Sky Titan was created to act as an independent media incubator, active in the landscape of music, culture, film, and technology.